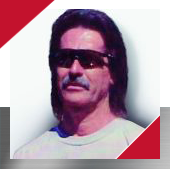 Harrison Contracting Company was incorporated in March of 1995. We began in Agricultural Facilities Maintenance. The roots of the company were started by Deryl Harrison in the mid 60's. Over the years he worked with a variety of Agricultural companies repainting feed mills, silos, and all types of industrial and commercial projects. He started our vision of being industry leaders by saying "We may be a bunch of painters, but we don't have to look like it!". From that quote forward, we have strived to improve the image of the painting industry and maintain our image with just as high of standards as you have for yours.

Through our relationships with national retailer new construction teams, we developed our rollout re-image department in 1997. Starting with national big-box retailers in the southeast, we now partner with a variety of big-box, small box, and many in between size retail companies developing rollout programs to maintain and even re-image their facilities. This diversification served us well through the recession of 2008-2011. Without this part of our business, we would have been hard pressed to keep the ball rolling on new construction alone. Luckily, since the downturn, new construction has returned to a healthy level and we work with both general contractors and direct owners throughout the country.

Through the decades, our core team has grown to a head count of well over 100 and has re-located twice as we have needed to expand to service our clients. Along with the home office expansions and relocations, we opened two new divisions, Destin and Tampa. These moves have served us well to help expand our service offerings and support network.

Tampa opened in the fall of 2008 when we brought Steve Lampasona on board to develop our Facility Maintenance Work Order division. His experience and network in the retail FM community helps to support an office that processes well over 50 work orders a week, and expanding every day. In 2015, as we had been in the area for nearly 7 years, we decided to expand that division to support the central Florida market with local painters, equipment, and staff.

In 2010, our Savannah office opened as its own division, primarily while we were working on the Westin Savannah Harbor Resort & Spa repaint project. Over the years, Savannah has continued to grow into a major part of our Direct-To-Owner (DTO) division with repaint projects across Savannah, Hilton Head, Statesboro and down the I95 corridor. The team is fully supported by a Savannah superintendent and project manager.

As our national program work continued to take us into the west, it became necessary to consider a more structured operation in the central-western part of the country. In 2019, we opened our Dallas division office in order to more formally support our field operations teams in Texas and expand our opportunities. After an initial start with a business development representative and a small field operations team, we quickly realized the need for a formal office with a Division Manager, Alton Vrooman. The primary focus is on repaint projects in commercial and light industrial segments in the Dallas/Ft. Worth and surrounding areas. In 2022, Al further expanded the team to include dedicated outside sales, superintendents, and project managers. The office also has a dedicated national account program targeting the self-storage segment led by Bobbi Schmelter.

Most recently in 2021, we expanded into the Nashville, TN market with a business development representative tied to our DTO division. The primary focus is on repaint projects across commercial and light industrial segments, some of which stem from our new construction painting work in the area.

2020 Marked our 25th anniversary and with it came tremendous growth and challenges.  Through the years we have learned quite a bit about the painting and facility maintenance industry.  Some through success, other things through failure.  Through it all, we have become “Large Enough To Handle The Volume…  Small Enough To Handle The Details... “  We look forward to growing more with our existing clients as well as new customers each day.